Off the west coast of Sabah as well as Brunei lies the island of Labuan.

Together with another six (6) smaller islands of Daat, Papan, Burung, Kuraman, Rusukan Besar and Rusukan Kecil, it forms the Federal Territory of Labuan, declared as such since 1984.

Being declared a federal territory has its perks, primarily having its continued development looked after by the Federal government of Malaysia via the Labuan Corporation, whose role it is to manage Labuan-related affairs and development.

In 1990, as part of the efforts to develop Labuan, it was declared as an international offshore financial hub known as the  Labuan International Business and Financial Centre (Labuan IBFC), as well as being a free trade zone.

As a matter of interest, Labuan IBFC is under the jurisdiction of the Labuan Offshore Financial Services Authority (LOFSA) and at present,  a total of 6,500 offshore companies and 300 licensed international financial institutions (including major financial institutions) operate under LOFSA’s supervision.

The international offshore financial companies offer financial and business services from their offices, mainly located in Victoria, which also happens to be the capital of Labuan.

Being in Labuan, it is not that difficult to make out where that is as the buildings housing these financial companies easily dominate the Labuan skyline.

In 2010, due to international pressure on the term ‘ Offshore’ affecting tax havens and financial centres, all references to the term ‘Offshore’ were dropped.

Not much has been said about it but Labuan, has over the years, also played host to a number of companies servicing the Oil & Gas industry players operating in the region, and in the process, established Labuan as a base for the sector’s support industries.

This fact is reinforced by the sight of Oil & gas personnel in those thick multi-coloured overalls as worn by those in the Oil & Gas industries going about their business about town.

Labuan is about 92 sq km in size with has a population of 96,800, based on a 2015 census, with the population mainly made up of Bumiputeras (over 70%) while the Chinese, Indian, Sikh and other smaller communities (including the expatriate community) make up the balance.

The name Labuan takes after the Malay word ‘Labuhan’ which literally means ‘harbour’, and is itself oft referred to as the Pearl of Borneo.

Its proximity to the coasts of Sabah and Brunei allow for ferry services to be had to and from Labuan, in addition to flights landing at the Labuan Airport.

Politically, the island of Labuan has served many flags, starting with the Sultanate of Brunei (15th century til 1846) and thereafter the flags of United Kingdom and various other British-affiliated flags and finally, since the independence of Sabah via the formation of Malaysia and events thereafter, the Federation of Malaysia.

Needless to say, as elsewhere in the region, the political allegiance came with with a three-year intermission (1942-1945) during World War II, by Imperial Japan.

It is a footnote in the history of Labuan that Labuan was once re-named Maida Island (after the first Japanese commander to be killed in action in the North Borneo theatre), albeit temporarily. It was re-named Labuan after the defeat of the Japanese Imperial Army by the Commonwealth forces, led by the British and Australians.

Labuan saw more than its fair share of military action during World War II, with casualties from both sides of the warring divide.

Using Singapore as a benchmark, Labuan is small with a landmass only 70% Singapore’s extended landmass.

Most of the daily economic and commercial activities are centred in the part of town often referred to Old Labuan.

Nevertheless, new areas at the fringes of Old Labuan are being developed, as evidenced with new modern hotels coming up to accommodate the increasing demand for overnight stay, competing with re-furbished hotels making a re-entry into the market.

In addition to the new office blocks making an appearance.

Moving around Labuan Old Town does not require you to rent a car as most of the places that cater to official and personal matters are all within walking distance, including the international financial district of Labuan.

Walking about town is encouraged if you want to get a feel of Labuan. But should the need arises to travel further about, then taxis are available. Remember them?

It was during this walkabout that we discovered several memorials marking events from World War II, as well as other events affecting Labuan. And surprise surprise , not far from where these memorials were located, lies the Labuan Museum.

Nondescript and easy to miss, if not for the memorial plaque placed at the entrance.

Entering the museum, we were greeted by friendly museum staff. After signing in, we made our way our way around the two-storey museum, to be treated to the sights of exhibits that is Labuan : its people, its culture and its history.

Not much different from other museums. But then again, different place, different museum, and hence different exhibits.

Being a history buff means you should not be phobic to the sight of a museum, and I am a history buff. Reading the narrative accompanying the exhibits, it gives you a crash course in getting-to-know Labuan and its people.

Having gone through the exhibits, you cannot help but note the strong influence both the state of Brunei Darus Salam and Sabah has on Labuan. It is reinforced by the knowledge of Labuan’s proximity to the Bruneian shores nearby as well as to the shores of Sabah.

Food outlets are readily available in Labuan Old town, including that of international fast food joints. But as a Malaysian, the sight of a Mamak eatery (and there are several of them) is enough evidence to convince you that should you go hungry in the dead of night, you can always make a beeline for these 24-hour eateries.

There are also other hang-out places available in town, where casual discussions, social and business, can be held over dinner or drinks. And failing that, there is always the fast food joint. With them bright lights and those well recognised logos, not easily missed. Definitely.

Our visit to Labuan, our first ever, despite it being a short one and unplanned, does leave you with a good impression as well as positive vibes.

Beating the walkways and pathways in Old Labuan does bring you back in time a bit, especially when you notice that there are no traffic jams despite it being rush hour.

Having learnt more about the place, we are pretty sure that our second visit there will be more fun and satisfying. Definitely worth a second visit, that’s the verdict. And a longer one at that.

How to Get There

There are direct flights available from Kuala Lumpur International Airport (KUL), Kota Kinabalu (BKI) and Johor Bahru (JHB)  to Labuan (LBU), with prices dependent on the route, time of flight and when the booking was made.

Most hotels in Labuan are listed on the major hotel apps available.

All images were taken using a smartphone camera and are the property of Nachmeinemeinung.

One thought on “Labuan, The Pearl of Borneo”

Songs In The Keys of Life

From The Archives : The Joy of Philately aka Stamp Collecting

Seat By The Glass Window

From Semporna With Love

View From A Library

Mural By The Melaka River : Tuah 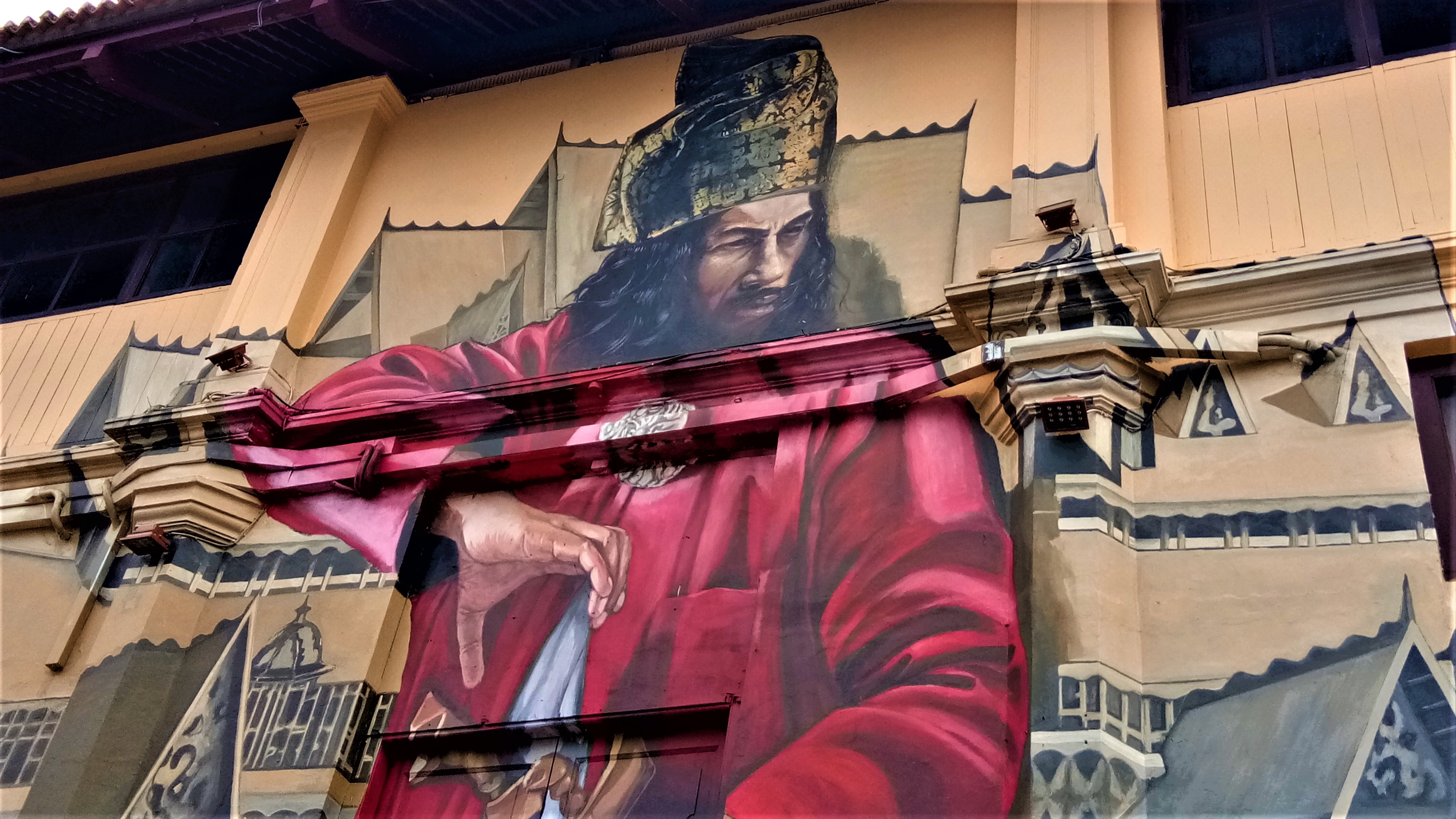 The Changing Skyline of Cyberjaya

Bend With The Wind

At Sea in Semporna