Being the centre of an empire, it also assumed the role of being the seat of learning, centre of trade, and centre of administration. Amongst the many factors that propelled Melaka to assume that position was the presence of a harbour within the trading route that is the Straits of Melaka as well as the safety and sense of security as provided by the Sultan of Melaka.

Woe are they who dare create trouble and problems for the Melaka Sultanate or run afoul of the Sultanate. Military ships manned by the best of Melaka would be sent out to stamp out these threats before they got any bigger or problematic.

The main responsibility of maintaining peace at sea and Melaka’s supremacy on the high seas fell on the shoulders of the Laksamana (or Admiral) and the names like Tun Perak (before he was elevated to the position of Bendahara, equivalent to that of the modern-day Prime Minister), Tun Tuah (or Hang Tuah), Tun Jebat (who replaced his sworn blood brother Tun Tuah when the latter was dismissed and sentenced to death by the Sultan of Melaka on hearsay evidence trumped up by court officials envious of Tun Tuah’s rise in rank and influence with the Sultan himself) are some of the names who have maintained Melaka’s supremacy on the high seas.

This naval tradition of Melaka is today exhibited at the Muzium Samudera (The Maritime Museum). Just where is this museum, you might ask? Well, if ever you are in the historic city of Melaka, just keep an eye out for a Portuguese galleon docked on dry land. And that, ladies and gentlemen, is the museum. It’s an imposing sight, a Portuguese galleon right in the middle of the city. Mind you, it’s not the actual galleon, just a replica of the Portuguese ship, the Flor de La Mar, but its still impressive enough.

Built in 1990 and officially opened in 1994, the museum’s exhibits narrates the naval tradition of Melaka, from its early and humble  beginnings, to the height of the Melaka Sultanate which prompted later the arrivals of the Portuguese, the Dutch and the British.

There are also exhibits narrating the visits and stop overs of the two famous Chinese Admirals Yin Qing and Zheng He (aka Cheng Ho), as emissaries of the Emperor of China, the legend of Panglima Awang aka Henry the Black, who reportedly sailed with Ferdinand Magellan himself as well as other notable sea faring personalities, of which Laksamana (or Admiral) Tun Tuah is one of them.

The museum was actually located in Lumut,  the home base of the Royal Malaysian Navy up north in the state of Perak, before it was re-located to Melaka in 1995.

Muzium Samudera does offer value for money and is a good visit should ever you are in the historic city of Melaka.

If only they have the full size replica of the Flor de La Mar instead of a scaled down replica, to house the exhibits, wouldn’t that be a sight? 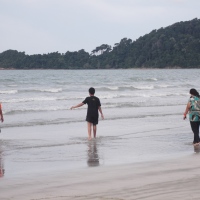 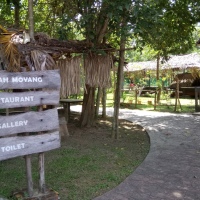 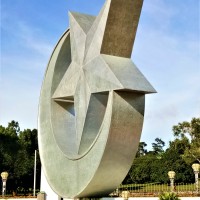